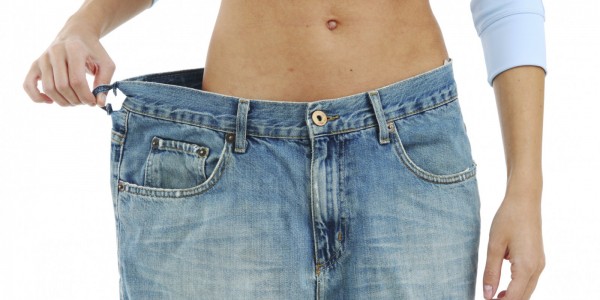 Rise of Sleeve Gastrectomy Is No Therapeutic Misadventure

Two randomized clinical trials in severely obese patients report that sleeve gastrectomy — an increasingly popular type of bariatric surgery — results in similar weight loss to traditional Roux-en-Y gastric bypass out to 5 years.
A third study reports that severely obese patients who had bariatric surgery were more likely to survive 4 years compared with similar patients who received nonsurgical treatment.
These findings were published online January 16 in an obesity-themed issue of the Journal of the American Medical Association.

"Collectively, these studies provide reassuring data to suggest that the rapid switch from Roux-en-Y gastric bypass to sleeve gastrectomy in the last decade has not been a therapeutic misadventure, similar to the rise and fall of the adjustable gastric band," David Arterburn, MD, MPH, from the University of Washington, Seattle, and Anirban Gupta, MD, from the bariatric surgery program, Washington Permanente Medical Group, Seattle, observe in an accompanying editorial.

Gastric banding has almost been abandoned after being the most frequently performed type of bariatric procedure in 2008, they note.

And Edward H Livingston, MD, from the University of Texas Southwestern School of Medicine, Dallas, and JAMA Deputy Editor for Clinical Content, observed in an editorial that the three studies "demonstrate that outcomes for gastric sleeve resection — including survival, excess BMI, or weight loss, and improvement of comorbidities — are nearly as good as they are for Roux-en-Y gastric bypass, and...these outcomes are durable."
Importantly, the studies showed that many patients experience durable diabetes remission after sleeve gastrectomy, Drs Arterburn and Gupta stress.

And the rate of complications was similar with both types of surgery. However, new or worsening gastroesophageal reflux disease (GERD) was more common with sleeve gastrectomy, as was repeat surgery because of GERD, whereas reoperation after gastric bypass was most often for small bowel obstruction.

Until now, however, studies comparing the two surgeries have been too short or underpowered to demonstrate midterm (5-year) efficacy.

To investigate this, they conducted the Swiss Multicenter Bypass or Sleeve Study (SM-BOSS), in which they randomized 217 severely obese adults (body mass index [BMI] ≥ 40 or ≥ 35 kg/m2 with one comorbidity) to laparoscopic sleeve gastrectomy (107 patients) or laparoscopic Roux-en-Y gastric bypass (110 patients) at one of four bariatric centers in Switzerland during 2007 to 2011.

There was no significant between-group difference in the average reduction in excess BMI (> 25 kg/m2) from baseline to 5 years, the primary outcome.

However, in a post-hoc analysis, patients in the gastric bypass group had lost slightly more of their initial weight at 5 years than in the sleeve gastrectomy group (29% vs 25%, P = .02).

At 5 years, about 62% of patients in each group had complete remission of type 2 diabetes.

More patients who had sleeve gastrectomy as opposed to gastric bypass had worsening GERD (32% vs 6%).

However, rates of reoperations were similar in patients who had sleeve gastrectomy vs gastric bypass (16% vs 22%).

A total of 42% had type 2 diabetes, 35% had dyslipidemia, and 71% were taking antihypertensive medications.

The rate of complete or partial remission of type 2 diabetes was similar in the sleeve gastrectomy and gastric bypass groups (37% vs 45%; P > .99).

Rates of discontinuation of dyslipidemia medicines were also similar in both groups, but patients in the gastric bypass group were more likely to discontinue antihypertensives after bariatric surgery.

Among patients who received care from a large health services group in Israel, they identified 8385 obese patients who had bariatric surgery — specifically laparoscopic banding (3635 patients), Roux-en-Y gastric bypass (1388 patients), or laparoscopic sleeve gastrectomy (3362 patients) — during 2005 to 2014.

Each patient was matched for age, sex, BMI, and diabetes status with three patients in the same health services organization who received nonsurgical management of obesity from a primary care physician.

In contrast, during a median follow-up of 4 years, 2.3% of patients who did not have bariatric surgery died.

The obese patients who received usual care had a twofold higher risk of dying during follow-up compared with patients who had bariatric surgery.

Bariatric surgery was also associated with greater weight loss and diabetes remission and lower rates of new hypertension or dyslipidemia than nonsurgical care, but hospitalization and major adverse cardiac events were similar with both types of treatment.

"Several lessons from these studies can help surgeons improve shared decision making around the choice between sleeve gastrectomy and gastric bypass for the individual patient," according to Drs Arterburn and Gupta.

"Patients should be informed that deciding between sleeve gastrectomy and bypass is complex and requires patients to simultaneously consider information about many factors."

There are similar degrees of weight loss between bypass and sleeve gastrectomy, and both induce diabetes remission. However, "there is significant variability in weight loss outcomes within study populations, which remains largely unexplained, with few known predictors of success," Drs Arterburn and Gupta caution.
And although sleeve gastrectomy has been characterized as having a lower risk of complications, in the SM-BOSS and SLEEVEPASS trials, there were no significant differences in reoperation rates, the doctors note.
That said, patients with GERD (which affects up to 51% of patients seeking bariatric surgery) seem to fare better with bypass than sleeve, and so physicians should carefully screen patients for GERD-related contraindications to the sleeve procedure, they recommend.
There is a lack of consensus of the value of routine vs selective preoperative GERD screening and diagnostics. For example, European experts recommend routine upper gastrointestinal tract endoscopy, whereas US experts recommend a more selective approach that could include a GERD symptom questionnaire.
"Regardless of the screening approach, all patients considering sleeve gastrectomy should be counseled about the risks of incident GERD or worsening of their GERD symptoms," Drs Arterburn and Gupta advise.

In a patient information page about sleeve gastrectomy published with the articles, Nancy Puzziferri, MD, and Jaime P Almandoz, MD, both from UT Southwestern Medical Center, Dallas, Texas, write that a patient with a BMI of 40 kg/m2 (or weight 100 pounds above ideal) can expect to lose about 60 pounds from sleeve gastrectomy.

About two in every 100 patients who undergo sleeve gastrectomy have serious complications, Drs Puzziferri and Almandoz explain, which in addition to GERD, can include blood clots or leaking or bleeding around the stomach that usually occurs within 2 weeks of the operation and can be treated.

Finally, according to Drs Arterburn and Gupta, we now need 10-year outcome data "to instill even greater confidence in these procedures," as well as studies of outcomes in patients who have had repeat bariatric surgeries and in other real-world populations.

SM-BOSS was funded by the Swiss National Science Foundation and Ethicon Endo Surgery USA. Dr Peterli serves as a consultant for Johnson & Johnson. Disclosures of the other authors are listed in the article.

The SLEEVEPASS trial was supported by the Mary and Georg C Ehrnrooth Foundation, EVO Foundation, and Gastroenterological Research Foundation. Dr Salminen has received lecture fees from Merck and Lilly. The other authors report no relevant financial disclosures.

Dr Reges and colleagues report having no relevant financial disclosures.