The gallbladder is a small pear-shaped organ under the liver.

It is used to store bile that is produced in the liver and when food is eaten, especially fatty foods, the gallbladder squeezes bile out through the cystic duct into the small intestine.

The presence of bile in the small intestine is essential for the digestion of lipids.

Cholelithiasis is the medical term for gallstone formation. Presence of gallstones in the common bile duct is called choledocholithiasis.

Gallstones are formed due to several factors concerning the metabolism, storage and excretion of bile into the bile duct system. The condition is more common in: 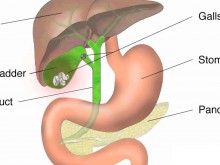 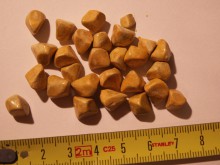