Stomach cancer, also known as gastric cancer, is cancer developing from the inside lining of the stomach or the stomach wall.

The incidence and mortality of stomach cancer have fallen dramatically worldwide in the past several decades. Nevertheless, it remains a major health issue and despite its recent decline, gastric cancer is the fourth most common cancer and second leading cause of cancer-related deaths worldwide.

Stomach cancer, as most cancers, is a multifactorial disease. Although, there is no definite underlying cause and etiology, several environmental and other factors have been implicated to increase the risk for developing stomach cancer. 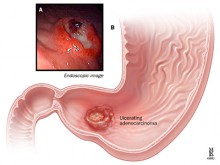 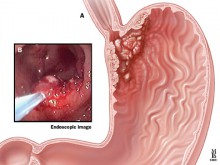