An upper GI series or Barium meal is a special X-ray that is taken while swallowing a radiocontrast liquid called Barium. This test gives us a rough picture of the anatomy of the esophagus, stomach and duodenum (first part of the small bowel).

Endoscopy or Esophagogastroscopy is one of the most important tests for the examination of the upper GI system. A flexible lighted telescope (endoscope) that is connected to a video camera is passed into the esophagus and stomach under local anesthesia and the patient sedated. By using the endoscope, the doctor is able to visualize the inner lining of the esophagus and stomach and identify any abnormalities, such as inflammation, bleeding, polyps etc. In addition, it is possible to biopsy any abnormal findings to aid the diagnosis.

Esophageal Manometry is performed by inserting a special tube containing pressure sensors through the nose or mouth of the patient. During the test, the tube records the fluctuations of intraluminal pressure in the esophagus as the patient swallows some sips of water.

Esophageal pH-monitoring is a method by which fluctuations in the acidity of the environment inside the esophagus are measured on a 24-hour basis by means of a tiny tube passed into the esophagus and connected to a portable computer. 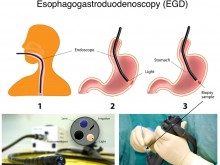 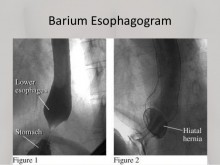 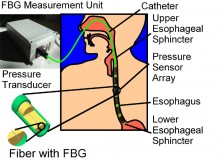