Gastrointestinal stromal tumors (GISTs) are relatively rare tumors as they account for 1% of all the tumors of the GI tract. They belong to a group of tumors called soft-tissue sarcomas which develop in the tissues that support and connect the body.

Medical research has revealed that GISTs originate from special “pacemaker” cells found in the walls of the GI tract, called interstitial cells of Cajal. These cells send signals thus facilitating the movement of bowel contents through the whole digestive system.

Annually, it is estimated that there are roughly 4000-5000 new cases of patients diagnosed with GISTs in the US. GISTs can develop anywhere along the digestive system. However, the vast majority of GISTs (65-70%) affect the stomach and around 25% are located in the small bowel.

It is important to know that GISTs can be potentially malignant depending on factors, such as, size of the tumor, genetic profile, primary location and presence of spread to other organs at the time of diagnosis. 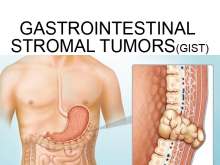 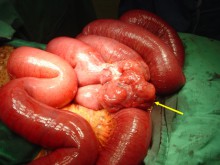