Depending on the stage of the disease, there are mainly three (3) options for treating colorectal cancer. These are surgery, chemotherapy and radiotherapy.

Despite recent advances in nearly all types of adjuvant therapy, surgery still represents the main treatment for most people with bowel cancer.

Stage I colon cancer usually refers to cancer confined to a colon polyp. If the polyp is completely removed during colonoscopy with excision margins free of any cancerous cells, no other treatment may be needed. However, if the cancer in the polyp is high-grade or if there are cancerous cells remaining at the margins after polypectomy, further treatment may be advised, namely partial colectomy. This includes removal of that part of the colon that involves the cancer including nearby fat and lymph nodes.

Stage II colon cancer typically grows through the bowel wall but still not to nearby lymph nodes. Surgery (colectomy) to remove the affected section of the bowel along with nearby lymph nodes may be the only therapy required. Nevertheless, many surgeons may advocate adjuvant chemotherapy (chemo after surgery) if the cancer is more likely to recur because of certain factors.

Stage IV colon cancers have already spread to other organs or tissues in the body. The liver is the organ that is most commonly targeted by colon cancer, as it is estimated roughly that 15-20% of all colon cancer patients will have synchronous liver involvement (metastases) at the time of diagnosis. Ιt is of outmost importance for patients with stage IV colon cancer to understand that their cancer is practically incurable and that virtually most treatment regimes are mostly palliative.

The role of neoadjuvant chemotherapy

If the liver has a few localized metastases, surgery to remove the diseased liver along with colectomy may help the patient live longer. If the metastases are too many or too large to be removed surgically, then chemo may be given before any kind of surgery (neoadjuvant chemotherapy). Then, depending on the response of the patient to chemo, surgery to remove the tumors may be attempted.

In the case the cancer has spread out of control, chemo may be the only option. Surgery can still be necessary, however, if the cancer is blocking the bowel. In such a case, a diverting colostomy can help alleviate the symptoms of the patient.

In recent years, other treatment modalities, such as Radiofrequency Ablation and bowel stenting have also been engaged in the treatment of advanced disease with encouraging results.

How to treat recurrent colorectal cancer?

In some cases, cancer can come back after initial treatment (recurrent cancer). Recurrence can be local or distant. Depending on the type of recurrence and the overall general condition of the patient, surgery followed by chemo and/or radiation and other therapies (i.e. immunotherapy) may be given. 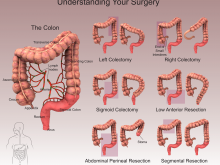 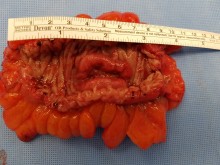 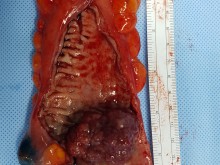